UPDATE: 16 January 2020   We have been told that one of Stella's littermates was DNA tested and came back as 100% Mudi.  While unusual, this can happen with dual sired litters.   It's also possible that the puppy is not one of Stella's littermates at all.
UPDATE: 8 Oct 2019   Stella has been diagnosed with patella luxation, scored at 3/2.  This is a genetic condition.  Her parents are Sacahazi Regos (sire) and  Stellamontis Biborka (dam).
28 July 2018  Pages from Stella's 2018 Embark Report are below.  These are different than the results currently shown on Embark's Website 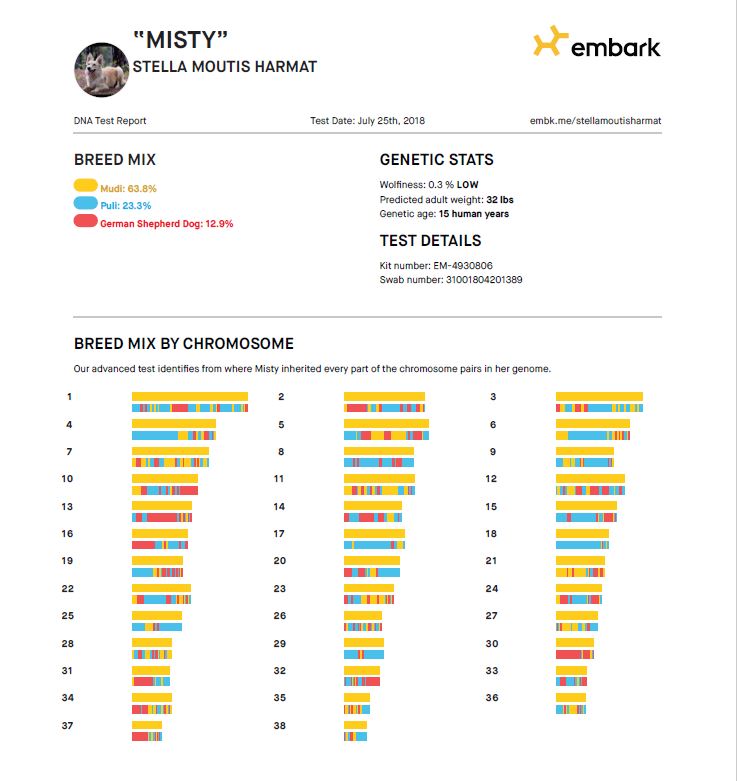 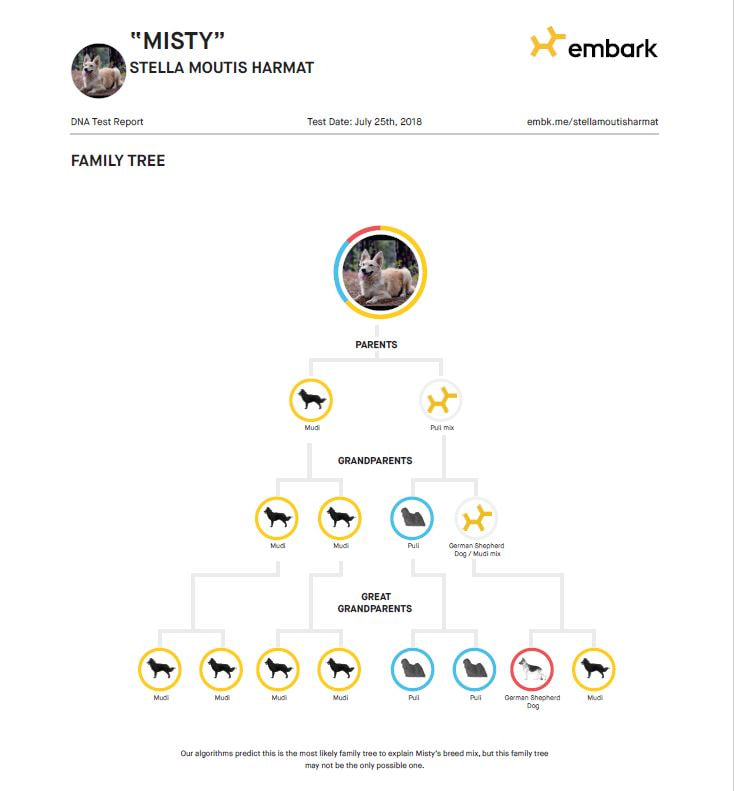 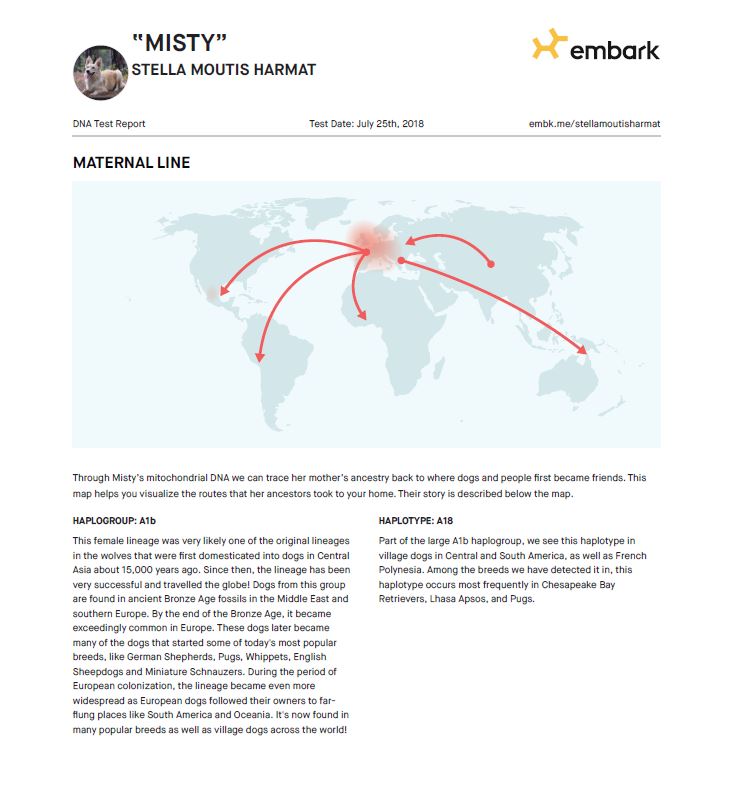 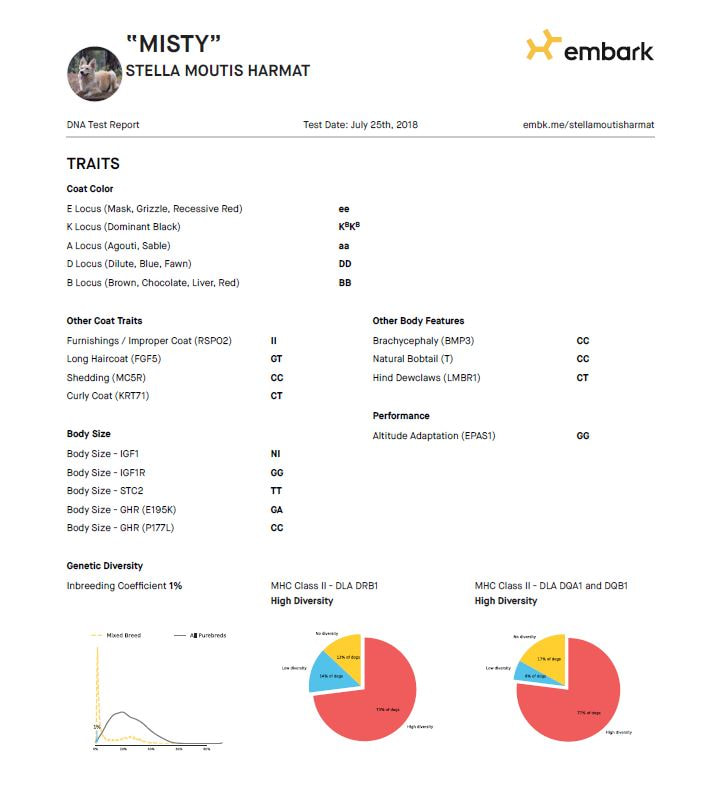 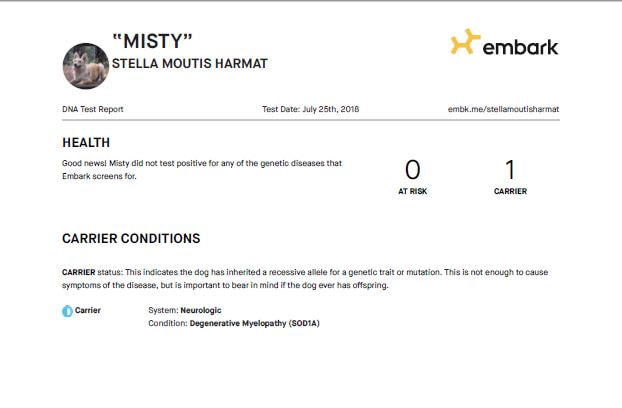 ​When is a Mudi not a Mudi?  Strange question but here is the stranger answer.  If you import a dog and they have an import pedigree they will be registered as that breed.  The foreign pedigree is used to register the animal, regardless of any DNA results.

How does this affect the breeding pool? Well, if a person breeds that dog they have now introduced those mixed genetics into a line with no official record of the cross-breeding.  Only a smart owner will look deeper and discover the dogs' hidden past.  And if they thought they bought a pure-breed, they might be in for a nasty surprise.  Here is my story...
​
Stella at 7 months.